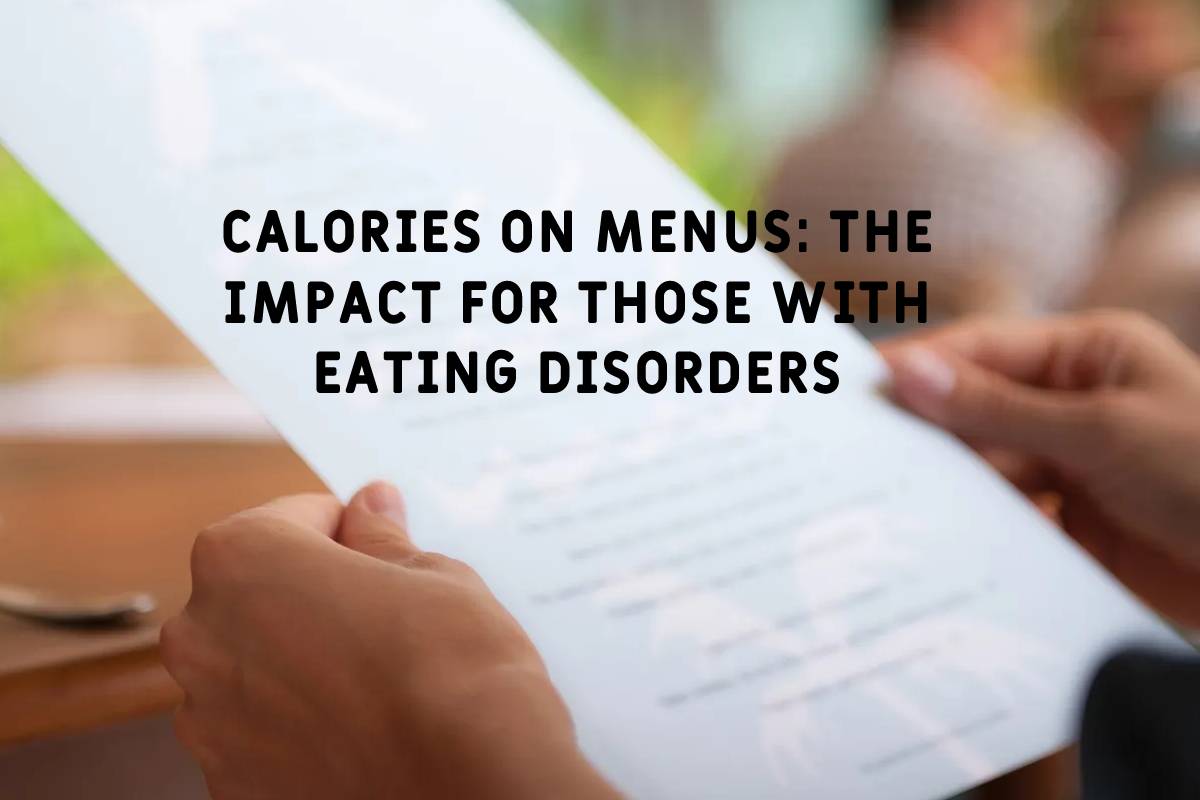 Calories on Menus: The impact for those with eating disorders

How much should I eat? What food should I eat? When should I eat? These questions can easily get overwhelming. If you struggle with overeating or undereating, you might want to consider the calorie intake on menus. Eating too little or too much can trigger disordered eating behaviours such as binge eating, purging, and restricting. This can lead to serious health issues. The latest attempt to battle eating disorders was the decision to impose restaurant chains to include calories on their menus. The new rule, valid since April 6 2022, affects all restaurants and chains with over 250 employees.

Alongside experts from Substance Rehabilitation UK, we look at the state of care provided in the UK and how these new changes will affect people suffering with the many aspects of disordered eating.

Facts around eating disorders, are they rising in the UK?

According to the National Institute for Health and Care Excellence (NICE), as of 2019, over 700,000 people in the UK suffer from an eating disorder, and 90% of them are female. According to worldwide statistics, the past decade has seen a sharp increase in people suffering from eating disorders.

The NHS is calling for more people to be aware that they could be at risk of developing an eating disorder. According to latest data, two in twenty women and one in ten men will develop an eating disorder during their life. Experts believe this number is likely to increase, partly due to social media.

How Will Calories on the Menus Affect Those with Eating Disorders?

One of the biggest fears people have when it comes to the new policy is what it means for those who already have an eating disorder.

For some sufferers, being able to see how many calories they’re consuming is extremely helpful. It gives them something tangible to work towards – rather than having to rely on internal feelings of hunger or satiety. For others, it may be too restrictive and make them feel like they need to restrict themselves even further.

Even for people who are not currently suffering from an eating disorder, but who may be endangered by developing one, putting calories on the menus would shift the focus from eating what they desire and in the quantity they desire towards an unhealthy mathematical approach to food.

While the government is trying to take the eating disorders pandemic in the country, with this step they may in fact be moving away from their scope. Distancing the mind from taste, flavour and texture and towards calculating and measuring food is a sure way to put people off food.

Psychologists are concerned over the focus that is put on calories, while they are a very subjective element of healthy eating habits and are by no means a sole indicator of what food is good and what bad.

How Will This Affect the Food Industry?

This change comes in a very difficult time for the food insutrsty. During the lockdowns and because of the various restrictions involved in fighting the global pandemic, many restaurants and diners struggle. Adding new menus to each franchise and location would mean new expenses for them.

As mentioned earlier, adding calories to menus could also result in the opposite effect and create anxiety among the public. Some people may feel like they have to measure everything they consume and that their diet is under strict surveillance. They may find it harder to enjoy food without thinking about whether or not they’ve eaten enough or if they have room left to eat another piece. It is possible that eating out would feel stressful to them as a whole, which will impact local restaurants and pubs alike.

How to help a loved one?

If you notice changes in a loved one’s behaviour, it’s best to talk to them. It’s very easy to think “I’m fine”, but these conditions can really affect day-to-day life. Symptoms of anorexia include extreme weight loss, low self-esteem, and obsessive thoughts about body shape and size. Bulimia involves binging and purging by inducing vomiting or using laxatives. Binge eating occurs when people feel out of control during or right after eating.

‘Being able to recognise symptoms of an eating disorder is important. Eating disorders can be treatable if identified early enough and it’s never too late to seek professional support,’ say eating disorder rehab therapists from Substance Rehabilitation UK.

While the field is still being studied, and definitions change, treatment centres are urging parents and loved ones to not be afraid to ask for help and speak with their loved ones about any disorderly eating habits.

5 Ways to Invest in Yourself Starting Today