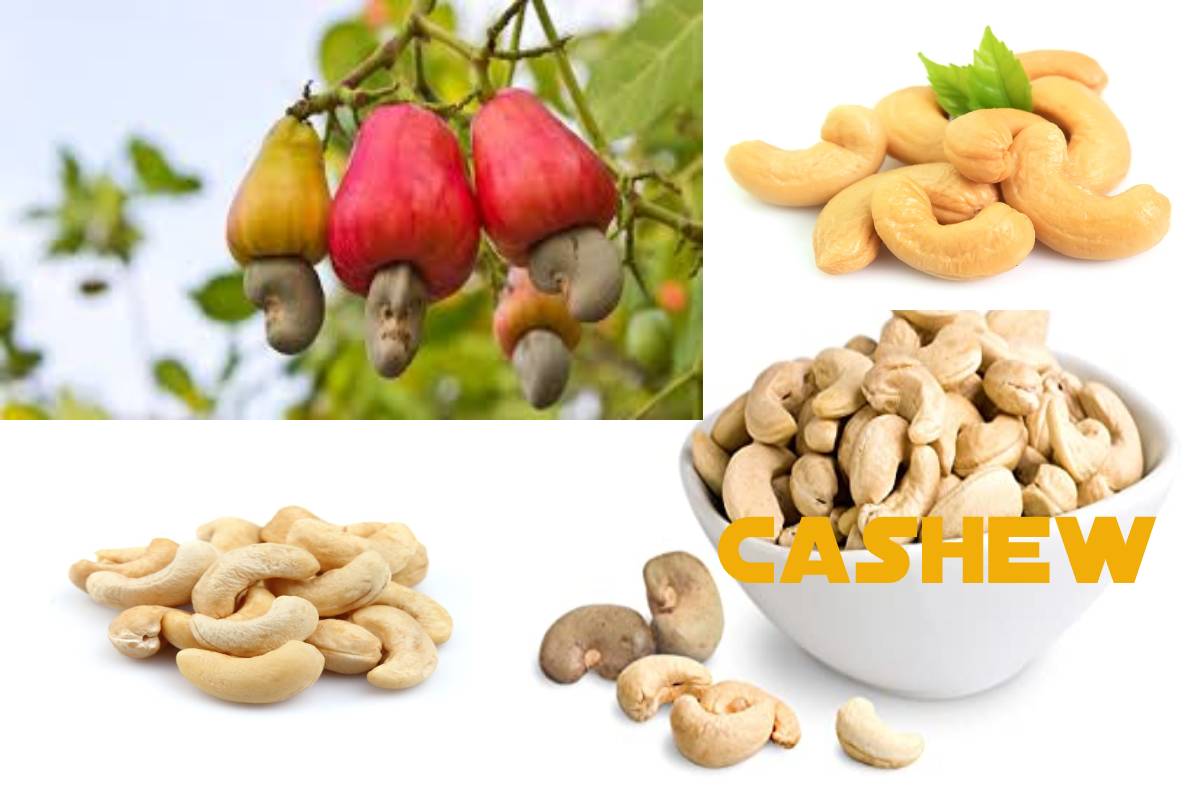 The Cashew ( Anacardium occidentale ) is a botanical curiosity because it produces dried fruit and fresh fruit.

The dried fruit with a hard shell and kidney shape, 3 to 5 cm in length, contains the seed, the edible Cashew, white or ivory, and weighs about 10 g.

The peculiar thing is that the peduncle that joins this dried fruit to the tree branch develops to form a large fleshy pseudo fruit, yellow, pink, or red and up to 11 cm in length, which can also eat.

The dried fruit, the name cashew, was given by the French monk and naturalist André Thevet, whose shape reminded him of an inverted heart (“ana” means “upwards” and “Cardium” means “heart”).

What are the Properties of Cashew? What are the Benefits of Cashew? The extraordinary composition of the cashew nut translates into several benefits for well-being and health. 4. Is it an Aphrodisiac?

How to use Cashew in the Kitchen?

After the pick, the cashews steam to neutralize the irritating compounds found in the shells. They can then market as is, or lightly fried to obtain a crisper, tastier, and more palatable result.

They also eat caramelized or coated in chocolate.

2. With Cereals and Vegetables Heavy Cream – What are the Best Substitutes for Heavy Cream?

What is Coffee? – Benefits, Uses, Advantages, Disadvantages, and More