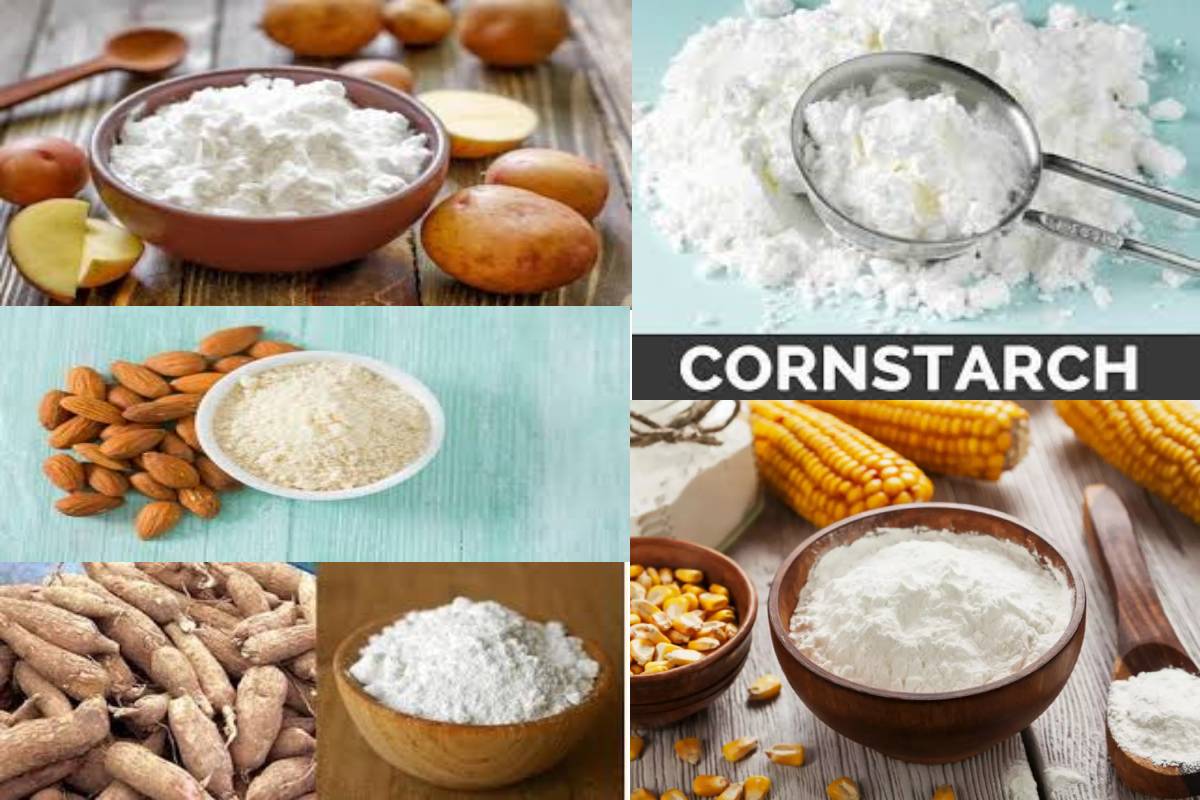 Cornstarch, sometimes called cornmeal, is produced by grinding the endosperm of corn, creating a powder with a consistency similar to that of flour.

It is a prevalent ingredient found in almost all supermarkets and online stores.

It contains carbohydrates and is gluten-free, so people who shy away from gluten can freely use it in their dishes. Cornstarch is a unique product for the kitchen, but there are alternatives in case we run out of it.

How does cornstarch Work? When used as a thickener, mix it with room temperature water to form a gel. Then, once exposed to heat, it begins to thicken the mixture, serving its purpose.

It is known as a process called gelatinization. Compared to ordinary flour, it is twice as powerful when it comes to thickening.

Cornstarch also has an added benefit: it’s anti-caking. It can absorb moisture around it, preventing foods like cheese or sugar from becoming too dense.

As it makes from corn endosperm, it has all the benefits that corn offers. Consuming cornstarch in dishes gives you a needed boost in calories and energy.

It can also help hypoglycemic patients as it can help control sugar levels in the body. Lastly, it also contains some essential minerals, such as phosphorus, magnesium, calcium, iron, zinc, and potassium. Please take note of these 12 alternatives to cornstarch to muddle through when you run out of it.

Other Techniques Substitutes for Cornstarch

When it comes to thickening sauces, stews and soups, there are many substitutes to cornstarch.

Many of these thickeners have different nutritional properties than cornstarch and can suit various dietary preferences.

If you’re looking to add a little bit of extra fibre to your recipes, are on a low-carb diet or run out of cornstarch, there are undoubtedly alternative thickeners to consider.

What are Cracked Heels?- Symptoms, Causes, and 10 Home Remedies

Basil: What Is It? Benefits, How To Consume, And Home Remedies