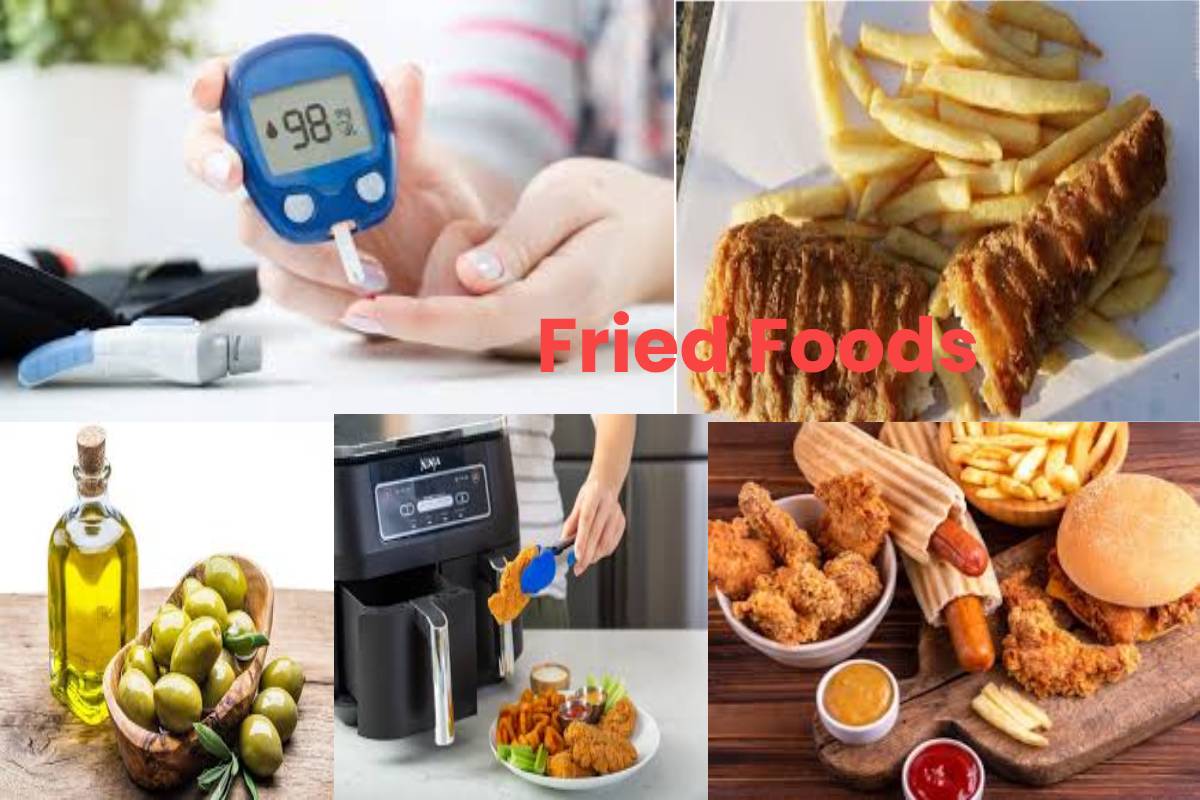 Fried Foods – Definition, Why are Bad for Your Health, and More

Fried foods are a widespread method throughout the world. Many restaurants and fast-food chains use this way of preparing food.

Among the foods that most cook this way, there is fish, French fries, chicken fingers and cheese churros, although the list is endless.

Commonly, we all like the taste of fried foods. But what many people don’t know is that these foods are high in calories and trans fat. So the abuse of these foods can have adverse health effects.

In this article, we will explain why fried foods and fast foods are bad for your health. We will also offer you other healthy alternatives that you should consider.

Why Fried Foods High in What is the Effect of Eating Fried Foods? Generally speaking, increasing the consumption of fried foods is associated with an increased risk of developing type 2 diabetes, heart disease, and obesity.

What are the Methods of Cooking Fried Foods?

If you are someone who likes fried foods, you can prepare them at home using healthier oils and alternative cooking methods. The type of oils you use to fry food directly influences the associated health risks. Some of these oils can withstand higher temperatures, making them safer to cook.

Oils that primarily makeup of saturated and monounsaturated fats are the most stable when heated.

Oils such as olive, coconut and avocado make up the list of the most stable and healthy fats.

Cooking oils that are high in polyunsaturated fats are less stable. These pose a health risk as they produce acrylamide when exposed to high temperatures.

It is a list of them although there are many more:

They have processed oils, and 4% of their fatty acid content are trans fats before frying.

Unfortunately, most of them are used in restaurants and fast food stalls since they are usually cheaper, but less healthy for health. Therefore it is recommended that you avoid these oils for frying and if possible, eliminate them from your diet. You can consider some alternative methods of cooking your food, these are:

It involves baking the food at elevated temperatures, between 450 ° F or 232 ° C. It will allow food to cook with little or no oil.

You can also consider frying your food in a hot air fryer machine. In the process, scorching air circulates the fried food, ends up crispy on the outside and very soft on the inside, similar to usual fried food, but 70% or 80% less oil.

Eating foods fried in unhealthy and unstable oils pose a high risk to your health, and eating them usually increases your risk of developing obesity, heart disease, and diabetes.

So the idea is to avoid or eliminate the consumption of foods made in commercial positions.

Fortunately, you can make them at home using alternative cooking methods and healthier fats.

What is Kefir? – Definition, Benefits, Uses, Making, and More