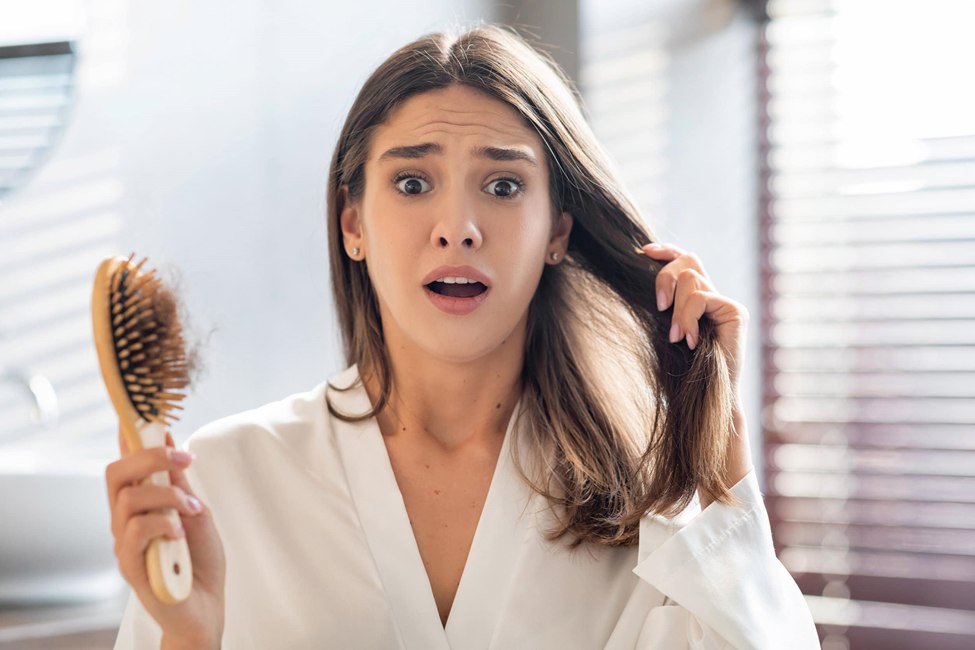 A Guide to Thinning Hair and Baldness in Women

Thinning Hair and Baldness – Have you recently noticed the first signs of thinning hair? Although going bald is mainly associated with men, women are susceptible to alopecia as well.

Hair loss has little to do with gender but more with genetics and hormones. Pattern baldness affects a large portion of the women’s population, particularly common after menopause. It’s essential for sufferers to understand the cause behind their condition so as to select the right treatment.

The following guide will introduce you to the main causes, symptoms, and treatments of pattern baldness in women.

While male pattern baldness is prevalent in men after the age of fifty, female pattern baldness is also present. The former is genetic and triggered by hormonal changes within the body. The latter is also hereditary and caused by hormonal misbalance, which starts after menopause and worsens as women get older. This article explains the signs, symptoms, causes, and treatment of pattern hair loss.

While male and female pattern baldness is predominantly genetic and triggered by basically the same causes, these conditions differ in terms of the pattern. Men have a tendency to shed hair above the temple area and at the head’s crown, whereas females tend to start losing hair at the temples and everywhere on the head. Therefore, the first place where women should look for signs of baldness is in their temples.

Female pattern baldness is also popular under the name androgenetic alopecia. The aging process is among the leading triggers of hair thinning. Even though these symptoms are normal, it doesn’t necessarily mean that females should accept them without trying any treatment. When women approach the stage of menopause, they should start looking for signs of baldness and see the doctor upon noticing such changes.

Only by knowing the symptoms of androgenetic alopecia can a person prevent or treat this condition. By diagnosing it on time, a doctor can help you save the rest of your hair and strengthen it. On average, a woman loses between fifty and a hundred hairs daily. When experiencing androgenetic alopecia, this number can soar. 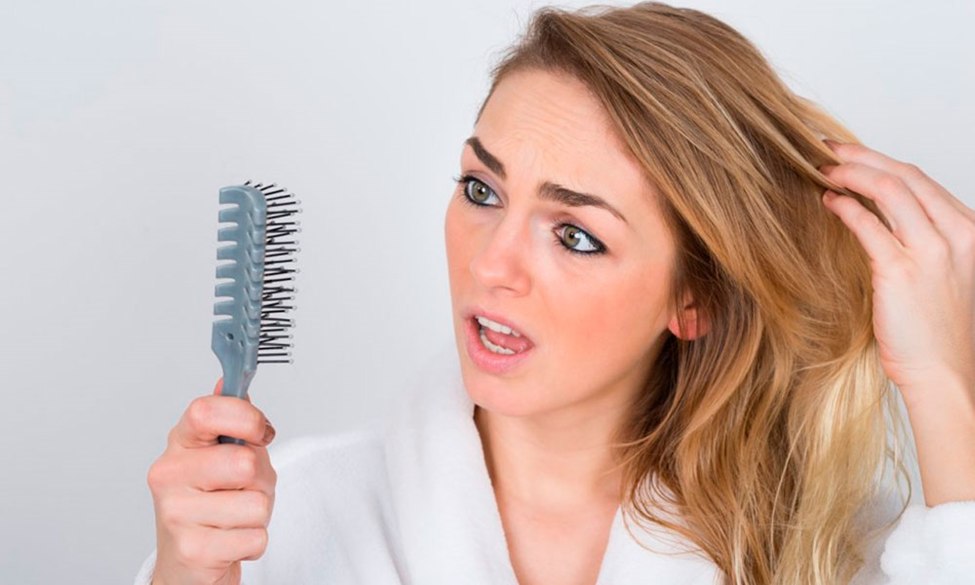 Male pattern baldness is more obvious to notice, as it creates bald spots on the head’s crown. In contrast, female pattern baldness is a bit trickier to notice, as it manifests as overall thinning of the strands. The most specific location where thinning hair is the most visible is the temple. This site, https://www.webmd.com/skin-problems-and-treatments/hair-loss/ss/slideshow-womens-hair-loss, elaborates on the causes and solutions for hair thinning.

When this condition progresses, it usually starts at the part line and spreads outwards. Unlike men, women are much less likely to end up completely bald. Androgenetic alopecia is actually sorted into three different types, depending on the degree of advancement. For example, type I refers to the thinning process that starts at the part, which is the earliest stage of pattern baldness.

Type II is a more advanced stage that widens the part and causes thinning to the hair outside of it. Conversely, type III refers to a stage when the hair throughout the head starts thinning. During this stage, the part area is usually completely bald. If possible, women should spot signs of androgenetic alopecia prior to reaching the more advanced stages.

As previously discussed, this condition is genetic and induced by hormonal changes happening within the body. It’s absolutely unsurprising for women’s hair thinning at temples to appear prior to menopause. In case one of your parents or both of them suffer from thinning hair and baldness, there is a high likelihood for you to inherit these conditions. 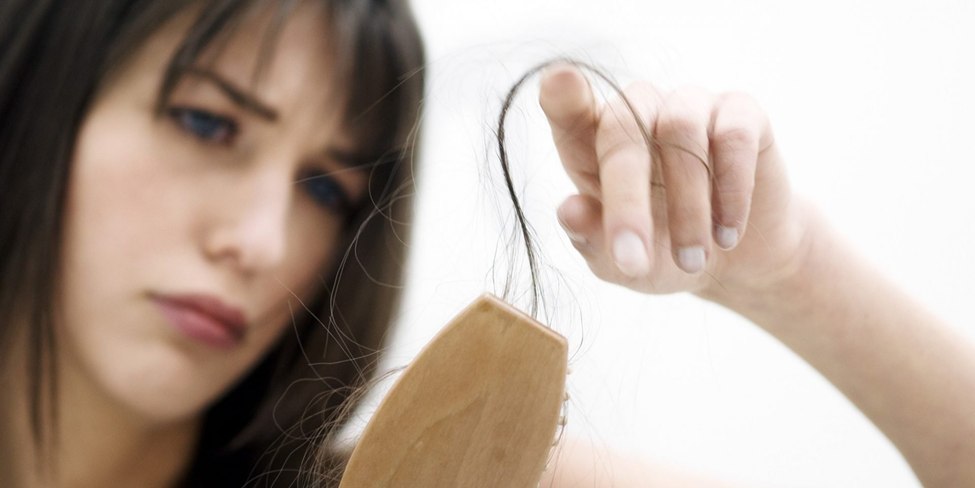 Other causes responsible for female pattern baldness are certain endocrine medical conditions and pituitary tumors. If alopecia is accompanied by irregular periods or severe acne, you should have a consultation with your doctor.

Every single hair on your head has to pass through three phases so as to grow. The anagen phase is the inceptive phase, which lasts between two and seven years. During this stage, it grows from a follicle, and it has a firm root. Catagen is the second transitional stage that lasts approximately two weeks. The ultimate phase is telogen, which is popular as the resting stage. Telogen is longer than catagen, as it lasts for three months, during which the hair falls out.

Moreover, these three phases are under the control of androgens, which might eventually be disrupted by hormonal changes. As a person gets older, certain changes occur to these stages. For instance, the anagen phase becomes shorter, meaning hairs reach the telogen stage much faster than normal.

Another interesting change is the delayed start of the anagen phase. Over time, the growth process takes longer and longer to commence. The follicle begins to change as well by gradually shrinking and getting narrower. The outcome is thinner hairs, which are incredibly easy to break. Hormones act as catalysts of these changes, which don’t usually occur until the age of forty or fifty. 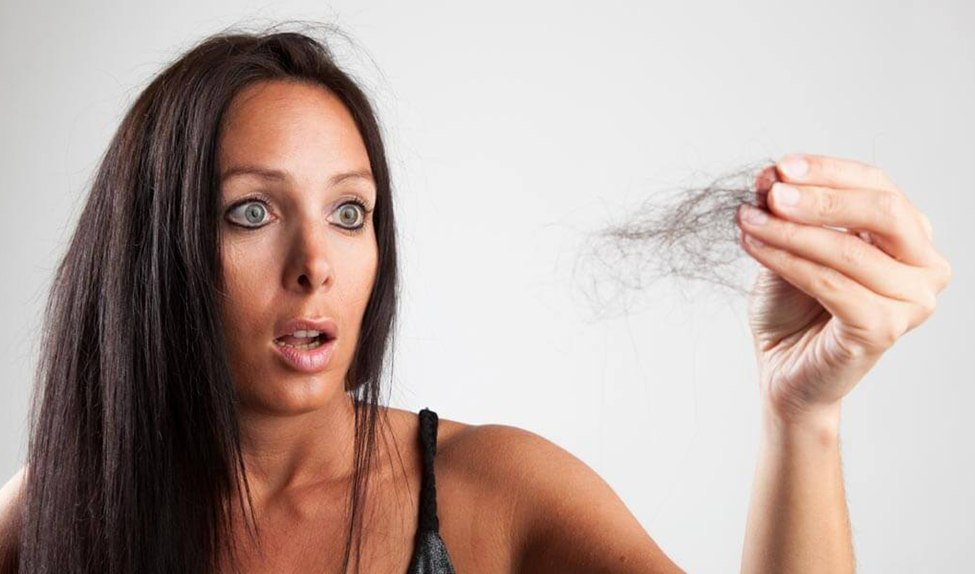 Fortunately, women suffering from female pattern baldness can try a number of treatments to prevent its further adverse effects. Minoxidil is the most popular drug prescribed for this condition, which has the approval of the FDA. Buyers are provided with two options when shopping for this drug, a 2% or 5% concentrated solution. They come with either a spray pump or a dropper.

Furthermore, Minoxidil should be massaged into the areas affected by androgenic alopecia. This task is repeated twice daily, which can be a bit inconvenient for users. You should bear in mind that Minoxidil doesn’t provide speedy results, as it might take a year before you see any results.

Anti-androgens are also used to treat androgenic alopecia, as these medications can block the production of androgen. Apart from medications, women coping with this problem use iron supplements, antioxidants, omega-3 fatty acids, and omega-6 fatty acids.

To sum Up Thinning Hair and Baldness

Noticing the first signs of alopecia is depressing and frustrating for every female. The right treatment can, however, help!

Conversion of 180 Hours to Days

Morning Routine Tips and Tricks for Living a Healthier Lifestyle

What is Vitamin C Serum? – 10 Benefits, Uses, Side Effects, and More

What Are Essential Oils?-Its Types, Uses, And Benefits.

What is Tea Bags for the Eyes? – Benefits, Uses, Types, and More