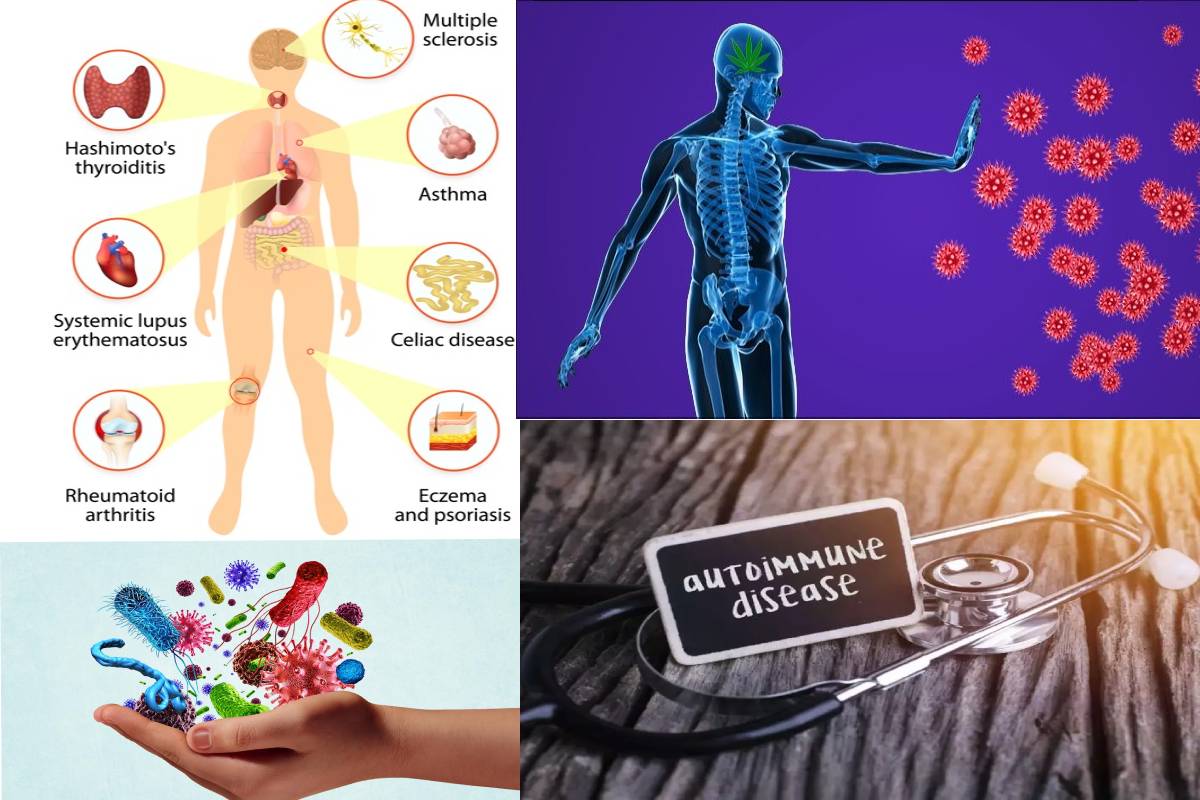 What are Autoimmune Diseases? – Symptoms, Causes, and More

What are Autoimmune Diseases?

Autoimmune diseases are a state in which your immune system incorrectly attacks your body. The immune system usually guards against germs like bacteria and viruses.

When it senses these foreign invaders, it sends out an army of fighter cells to attack them. Usually, the immune system can tell the difference between foreign cells and your cells.

Some autoimmune diseases target only one organ. Type 1 diabetes damages the pancreas. Other conditions, like systemic lupus erythematosus (SLE), affect the whole body. The main symptoms are inflammation (which can cause redness, warmth, pain, and swelling), fatigue, muscle aches, and fever. Depending on the disease that occurs, the symptoms that it manifests are:

Rheumatoid Arthritis: Its main symptoms are mild joint pain, stiffness, and fatigue. Also, the joints can be hot and painful. The most affected areas are the wrists, knees, fingers, and ankles.

Lupus: It can be challenging to diagnose because it manifests itself in the form of flare-ups. Its symptoms will depend on each case, but the muscle and joint pain and hair loss are the main ones.

Also, there is usually atypical coloration on the face, especially on the nose and cheeks.

What are the Causes of Autoimmune Diseases?

The causes of autoimmune diseases do not know, although they tend to run in families.

Also, some viruses, bacteria, and drugs may cause specific alterations that cause their appearance.

What are the Medical Tests for Autoimmune Diseases? From there, depending on the autoimmune disease detected or suspected, some tests or others will carry out:

Rheumatoid Arthritis: a blood test and an X-ray examination of the most affected skeletal segments performed.

Lupus: The diagnosis of lupus is often tricky. It determines specialists based on the presence of several criteria that must meet simultaneously, such as malar rash, arthritis, blood or neurological disorders, mouth ulcers, or serositis, among others.

Different treatments are depending on the autoimmune disease to treat:

Type I Diabetes: insulin must give daily for life.

Celiac Disease: gluten should remove from the diet.

What are the Most Common Autoimmune Diseases?

According to the World Health Organization (WHO), autoimmune diseases affect between 3% and 7% of the world population.

Although many of them are rare diseases, the sum of all, they make autoimmune disorders has a high incidence in the world.

Next, we will see the most frequent diseases in which the immune system “signals” as a threat to our body cells. Autoimmune diseases are pathologies of great clinical complexity, difficult diagnosis, and treatment complex, in which etiology remains unknowns despite the many advances made in recent years.

There is no cure for this disease. However, medications can help improve communication between nerves and muscles, reducing symptoms, and leading a healthy lifestyle.

What is Aerobic Exercise? – Types, Benefits, Examples, and More

What is Mead – Definition, Properties, How to Make, and More