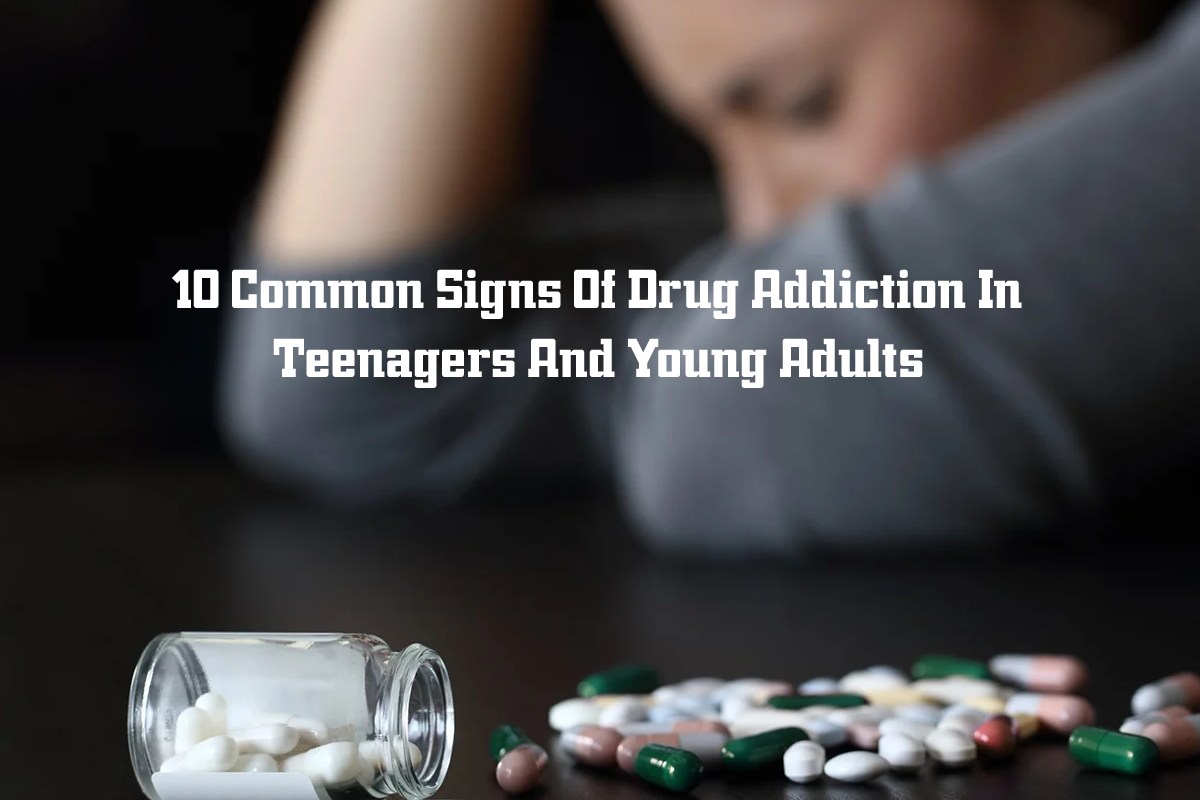 10 Common Signs Of Drug Addiction In Teenagers And Young Adults

Drug Addiction – Adolescents who use drugs have a higher risk of developing an addiction than adults.

It’s critical to understand the distinction between drug abuse and addiction. Many teenagers use drugs but do not become addicted.

Teen drug misuse can have long-term cognitive and behavioral consequences as the teenage brain is still growing.

If you want to get more ideas on teen drug recovery, check out https://www.oceanrecovery.com/los-angeles-drug-rehab/.

What Common Drugs Teenagers Use?

Teenagers’ most often taken substances are pretty similar to those abused by adults. However, alternative motives for misuse may exist since youth frequently abuse substances due to their accessibility.

Teens are also more likely to abuse drugs and alcohol due to their perceptions of the risks and dangers associated with their use.

The most widely misused drug among teenagers is alcohol. Many teenagers may see alcohol as relatively harmless due to the social acceptability of drinking among persons of the legal drinking age.

But, according to research, teens are more prone to binge drink, which may be because their impulse control hasn’t completely evolved.

Marijuana users often begin this addiction throughout their youth. However, teens’ attitudes around marijuana usage are shifting because most high school seniors believe that using marijuana occasionally poses no harm.

More than 20% of teenagers say they’ve smoked marijuana at least once in their lifetime.

Most teenagers are aware that many prescription medicines have intoxicating effects. To generate satisfying results, teens may seek out narcotic painkillers like OxyContin and benzodiazepines like Xanax.

Unfortunately, these drugs have a significant risk of addiction and overdose.

You may ask yourself why teens take drugs. Well, the reasons can vary. They may suffer from prolonged depression, and anxiety or they may take it in an attempt to fit into the school crowd.

The teen’s bloodshot eyes might indicate that they are high on marijuana. Pupillary dilation might suggest that the kid is abusing substances like cocaine, amphetamines, or hallucinogens. Barbiturates and heroin usage have also been linked to pinpoint pupils.

2: Laughing For No Reason

Teenagers will have trouble managing or suppressing their emotions if they take drugs. They will evolve a preference for activities that are high-intensity yet low-effort.

Poor planning and judgment will lead to more impulsive and dangerous actions such as laughing in front of relatives, parents, or teachers who reprimand you.

3: Loss Of Interest In Activities

When teenagers stay high on drugs, they often lose interest in other social activities. For example, someone who loves playing football with his buddies may prefer sleeping all day long.

They may even avoid hanging out with others in social situations because all they want is to seek refuge in the drug-induced world.

Marijuana usually increases hunger. Therefore, if a teenager is frequently hungry and is often seen munching a thing or two, it may mean he is taking drugs. When teenagers take drugs, being always hungry is a common symptom of that.

Hence, watch out for this, and don’t take your teen’s appetite lightly.

Thus, teenagers will no longer have the ability to feel joy in worldly stuff, and they will always seem tired and exhausted even when they barely get out of the home the whole day.

6: Smell Of Smoke On Clothes/Breath

If your teen is high on drugs, you will always find a bad smell coming from their clothes or breath.

Now, remember this smell will feel different than a cigarette.

They may try to mask it by spraying excessive deodorants and mouth fresheners, but if you keep a clear lookout, you may catch them with such smells.

Drug usage can have a short-term influence on the brain’s capacity to function and inhibit proper growth and development in the long run. This is why when teens take drugs, they try to be more secretive. They may hide stuff in their closet or their school backpacks, and if they catch you sniffing in their room, they will react aggressively.

Many teenagers struggle to cope with depression and other negative sensations that come with adolescence. So it’s reasonable that they believe a drink or a hit of marijuana would help them feel better. However, seeking emotional support or finding someone to talk to is the greatest method to deal with stress.

If adolescents have attempted and failed to quit or reduce their usage, they must get therapy as soon as possible. You may register them in outpatient or inpatient rehabilitation centers, but taking action and enlisting them in a therapy session is essential.

Teens can go to treatment institutions that focus on the mental and social factors that lead to their drug use. For example, if you take them to a counselor, and they reveal why they took drugs in the first place, the counselor may suggest alternative ways to cope with stress in life rather than escaping it through drugs.

Most teen treatment clinics also provide academic help to prevent recovering kids from falling behind in their studies. It is simpler to treat addiction if it is identified early on. On top of that, if they are indulged in studies while being treated for drug recovery, it will also prevent their chances of relapse.

If you have a teenager and see these signs in them, you may take a step back and talk to them to find out more about their drug-abusing activities. Once you grip them, you can take them for further treatment. If you want to know more about it, ping us in the comment section below.

Medical Device Field Support Specialist: What You Need to Know