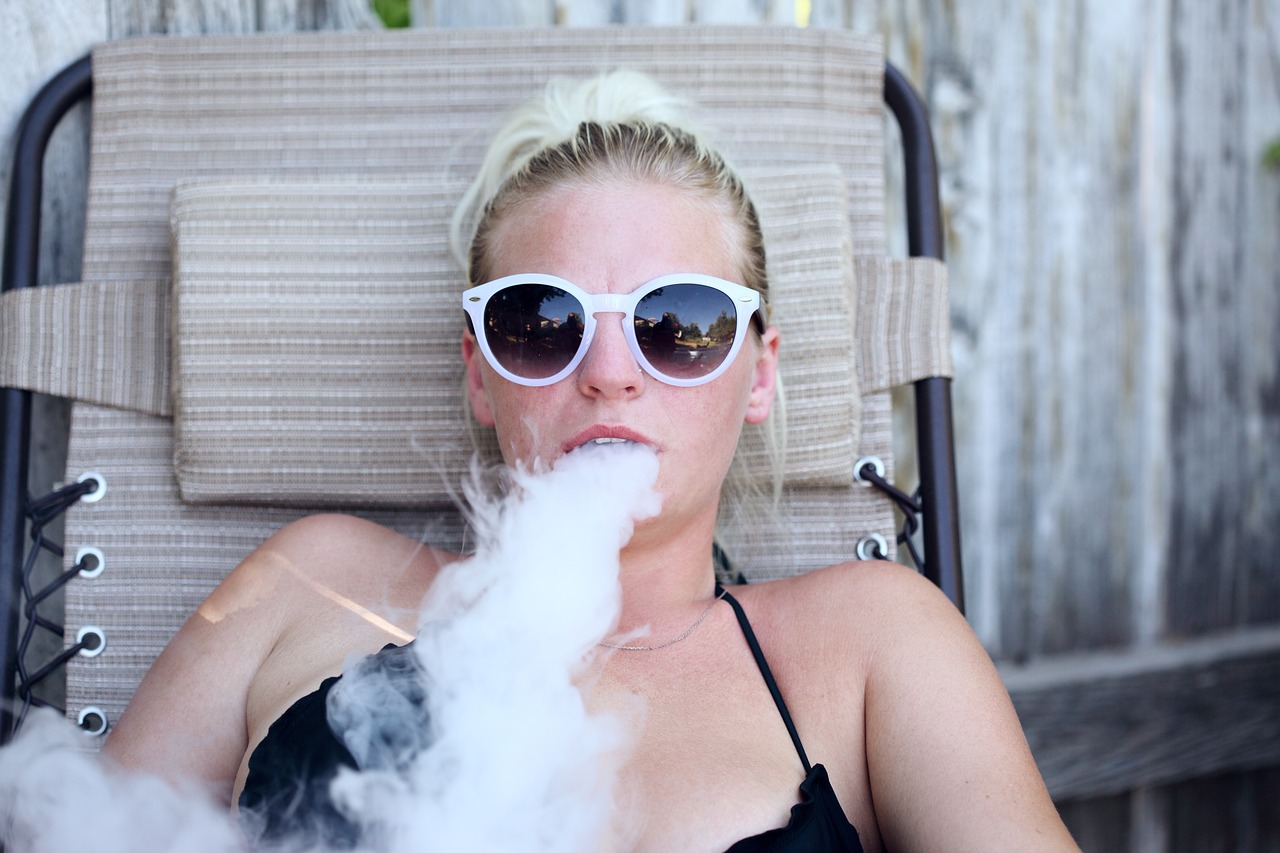 How Vape Has Become a Fashion Statement

Vape – In the past few years, vaping has become a fashionable trend that people can’t get enough of. It is popular with teens in schools to celebrate their lackadaisical attitudes towards traditional smoking. With an overall decline in cigarette sales worldwide, it seems like everybody is doing something different but still enjoying themselves successfully – whether they’re consuming nicotine or not.

At one point in time, vaping was the domain only for those that smoked traditional cigarettes. Flash forward to today, and you’ll see how it’s become more mainstream with people switching over from analogs because of its healthier aspects or just wanting something different altogether.

Millions of people worldwide have cut back on smoking cigarettes, while further millions still occupy the habit. However, in the last ten years, we have seen a healthier alternative marketed to the masses.

Vapes are heating devices. These sleek, new electronic cigarettes heat a liquid called “e-liquid,” which you can then inhale through the mouthpiece on top of your device for an experience like no other. In this article, we will be talking about how vapes have become a fashion statement in modern times. From a way to wean yourself off of cigarettes to a must-have accessory. Here is vaping as a fashion statement.

We live in a period where people are more health-conscious than ever before. We can see what substances are suitable and which aren’t appropriate for us with access to facts and scientific data. Hence the reason why these electronic devices initially gained popularity in their formative years.

They started as a healthier alternative to fight cigarette addiction. They don’t contain the harmful tobacco that cigarettes do and aren’t nearly as poisonous. That’s not to say they don’t damage your health, as they still contain nicotine, which helps you fight withdrawal symptoms as you curb the cigarette habit.

Though a vape isn’t healthy per se, it is considered a better alternative to traditional cigarettes. Hence the reason it saw a rise in popularity. It’s the healthier alternative, and many people use it as a stepping stone to break the addiction. These electric pods rose to fame initially due to their sheer utility factor, from cigarettes to vapes to eventually cutting the habit out completely.

One of the most popular reasons why vaping has become so common is because of its product designing. These handheld electronic devices are some of the most stylish, compact, and accessible pieces you will ever find. Depending on your mood, you can get little ones or bigger ones that store more juice.

Even the big ones are relatively compact and easy to carry around. Other than being compact and size efficient, they look fantastic. Some of them have intricate patterns, while others work on a minimalistic eye-catching aesthetic. So whether you’re someone who likes to own your habit or whether you want to keep it subtle, you can find a vape to match your needs.

If the existing product design wasn’t good enough, people choose to customize and change the designs based on their preferences. Like cell phones, the initial design attracts people, and customizable options add to the personalization factor.

The same applies to vaping devices. You can find countless customization stores throughout your local town/ city, from real exotic skins like a cow or crocodile leather to gold plated and jewel-encrusted pieces. However, you can imagine that the cost factor for doing something like this is considerably higher. Yet, some people are willing to pay just about anything to improve their vape’s independent style.

Styling is an entire sub-culture in vaping circles. Teenagers compare and show off their pods for bragging rights on who has the finest piece.

The Smoke is an Aesthetic

Ironically in a world that tries to curb smoking behavior, we still find a charm in the smoke itself. Go on social media, and you will find countless pictures of people blowing out a cloud of smoke. These pictures generally have more likes, demonstrating how the smoke is aesthetically pleasing to the general public.

Smoke and mist have a mysterious charm to them. Many people turn to smoke to create a deeper and more subtle aspect of their style as part of a variation to stoner culture. Though we will never condone taking up a physically unhealthy habit, social media does a fairly good job of subtly promoting the theme.

Style and fashion is a very personal thing. Smoking may be an aversive deterrent for some people, while others form their entire personality off of stoner culture.

A factor that adds to a product’s societal popularity is how prevalent value-added services are to said product. For example, vapes would fail to become a fashion statement if there weren’t stores vendors readily available. No one would buy the products if they couldn’t find juice refills nearby. Imagine running out of juice and having to wait days/ weeks for your online delivery to arrive.

However, you can find suppliers and vape technicians just about everywhere. Every large mall is likely to have one and can find them scattered around the city as well. The fact that resources are readily available has added to the product’s overall popularity and made it much more marketable.

How does taste make a product fashionable? The same way drinking fancy alcohol or smoking cigars have earned their place in society. Cuban cigar’s authentic charm is the raw taste of its tobacco. Bourbon has set itself apart from other scotch/ whisky because of the smoky aftertaste it leaves behind. Consuming these substances is a statement in itself.

You can tell a lot about a person from the substances that they consume. The same applies to vaping. The juices come in a variety of different flavors. The diverse range of tastes and easy access to new ones has made the product a fashion statement worldwide.

Vaping is indeed one of the most prominent fashion statements of our times. However, please remember that these substances can be extremely harmful as well. If you are pumping smoke into your lungs, you are asking for trouble. However, most people already know the drawbacks and do so anyway.

This article has talked about several factors about why vaping is becoming so common. Hopefully, you have gained a holistic idea about the substances and their marketability, from being a healthy alternative to one of the most widely sold accessories in the market. The vape journey truly is remarkable.

4 Tools to Boost Your Meditation

4 Tools to Boost Your Meditation

TCA Burns And How They Happen

What Everybody Ought to Know About Cosmetic Surgery