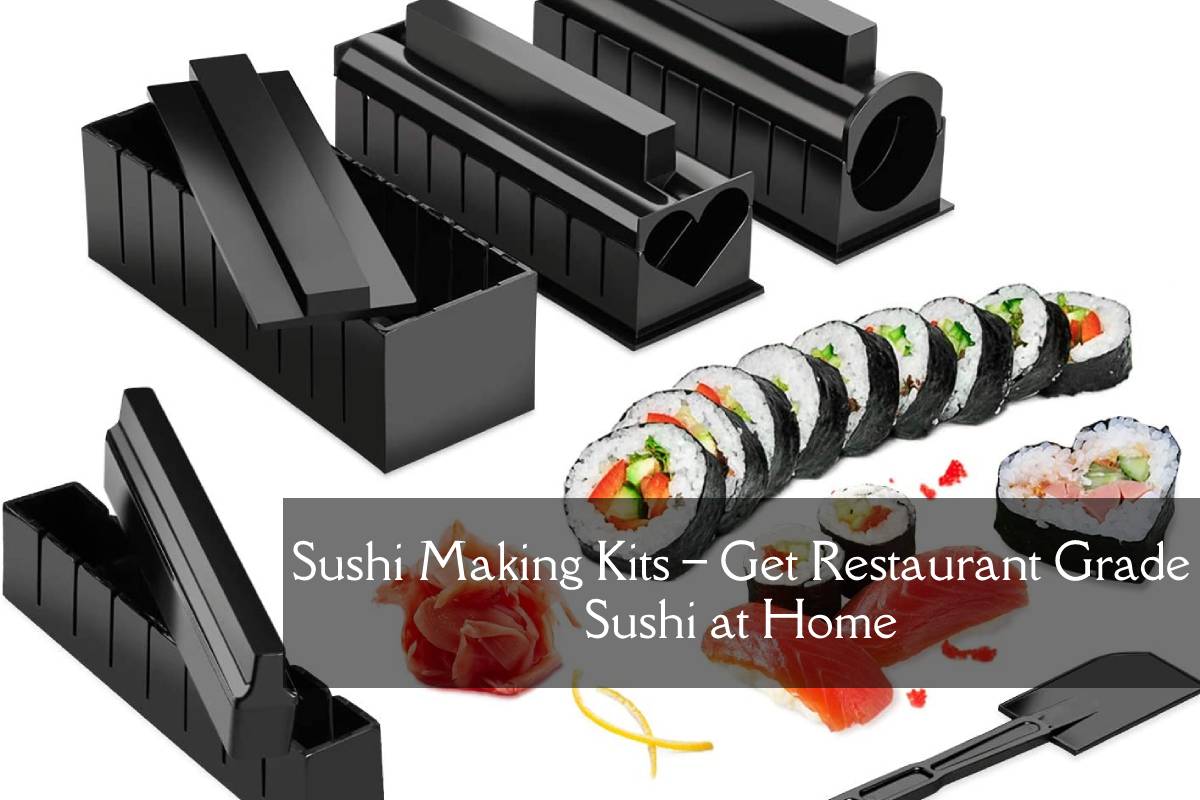 It’s not every day one craves sushi late at night, but when you do, the options of dining out or ordering a takeaway are close to none, especially during this pandemic. But by sushi making kits, you can make yourself restaurant-grade sushi at home; now, even beginners can enjoy the art of making quality sushi.

The History of Sushi in Asia

Sushi is a part of Japanese cuisine that was once just isolated to Japan and now has paved its way into various countries. However, this integration of Japan’s most beloved meal into western cuisine has brought changes to the original dish that was once served.

There’s no right or wrong way of eating sushi, but honoring the origin of the delicacy is one way to respect and enjoy the dish. Unlike what most people believe the dish to originate from, sushi had its humble beginnings in China in the 2nd Century BC.

The dish was a part of the Chinese cuisine was known as narezushi. It consisted of fermented rice and salted fish, not for the purpose of flavoring but to preserve the food. When the time came to consume narezushi, the rice was discarded as it was used only to preserve the fish, and only the fish was consumed.

The dish made its way into Japan in the 8th Century, where it underwent drastic changes. Vinegar was added to the rice to speed up the fermentation process. Hence reducing the time required to prepare the dish.

By the 18th Century, sushi became a staple in Edo through the emergence of the three famous sushi restaurants, Matsunozushi, Kenukizushi, and Yoheizushi. The sushi served during this era was cooked and not served raw as there was no refrigeration available.

The sushi as we know it today, nigiri, was created by a man named Hanaya Yohei. He discovered that the addition of rice with vinegar to the fish rather than discarding it made for a flavorful bite.

The History of Sushi in the West

Japanese immigration after the Meiji restoration in the early 1900s introduced sushi to the west. However, the initial journey of sushi in the west was a rocky one as only the upper-class were able to afford it, and eventually, the immigration of Japanese reduced.

Following the end of World War II, Japanese trade and business opened once more, thereby sushi once again began to gain traction in the masses of people in the States. And by the 1960s, sushi became a food commonly tried amongst the middle-class.

There isn’t any clear evidence on which restaurant introduced sushi to the west, and it still remains a heated topic of debate. However, most agree that Kawafuku Restaurant, situated in Los Angeles, California was the first to serve sushi.

However, sushi had to undergo changes before it was accepted by the masses. Initially, the idea of consuming raw fish didn’t settle well. Therefore, restaurants begin to get creative to provide more options; hence today, we have the famous California roll, which is a rolled sushi that contains cucumbers, rice with avocado and crab meat, or imitation crab meat. Eventually, sushi became a worldwide phenomenon.